Yellowstone County is home to Billings. With a population over 110,000, Billings ranks as the largest city in Montana, and is still the home of small-town standards and values, at the same time playing host to the luxuries of living in town. Top notch education, local news, up-to-date medical facilities, and an abundance of social, cultural and outdoor activities to indulge in. The “Magic City” is a great place to call home! If you have just moved to Billings, here are some helpful phone numbers for local utilities and services. 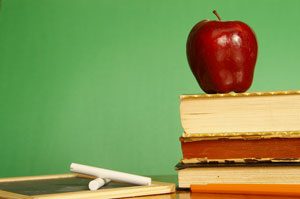 Educational excellence begins at the kindergarten level and extends through two four-year colleges and a handful of technical schools in Billings. Montana always is well above the national average in such educational measurements as Iowa and SAT scores, and Billings Public Schools consistently are at the top of the Montana list.

In addition, there are a handful of private school programs, licensed pre-schools and don’t forget the Parmly Billings Library, another educational resource.

As the largest city in the region, Billings is a shopping hub. With two shopping malls, funky Downtown boutiques and all the major retail chains you would expect to find in a larger market, Billings has something for everybody!

Teeming with social and cultural opportunities, Billings offers to you the Alberta Bair Theater, which enriches the area with the performing arts. The theater has a full calendar of events year round to include recognized artists in theater, song and dance. The theater is also home to the Billings Symphony. The symphony is a non-profit, professional orchestra and chorale with year-round performances to entertain you.

Don’t forget Zoo Montana. The zoo has focused its energy on developing a wonderful world of animals and plants native to the northern latitude. This growing endeavor is establishing a get-away to the wild. The zoo hosts many seasonal activities and events for the whole family to enjoy.

The Metra Park, one of Montana biggest venues, plays host to many concerts, rodeo and sports events. The Metra is also home of Montana Fair each year in August.

If you are a sports fan, in addition to the local high school and college teams, you will find that Billings is home to the Billings Bulls, our hometown hockey team that are members of the American West Hockey League. Playing in the beautiful Dehler Park is the Billings Mustangs, a minor league baseball team that has been affiliated with the Cincinnati Reds since 1974. 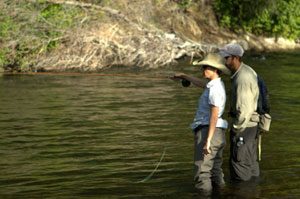 Wanting to wander outside, and just don’t know what to do? Billings and the surrounding area offer to you a full palate of opportunities. You can, backpack, hike, fish, hunt, canoe, raft, kayak, snowshoe, ski, or just relax under the Big Sky of Montana.

Billings’ backyard playground includes two of the nation’s premier national parks. Yellowstone National Park, the jewel of the national park system, is just 2 1/2 hours by car or RV over the 11,000-foot Beartooth Pass, called “the most beautiful highway in America” by Charles Kuralt. Routes to Yellowstone through Montana’s aptly named Paradise Valley are just as grand. An easy day’s drive from Billings is the national park system’s best-kept secret… Glacier National Park. The awe-inspiring peaks, waterfalls, glaciers, wildlife, and lakes make it an experience, not just a must-see. And its grandeur makes it a favorite destination – over and over again. Not far from Billings also lies The Grand Tetons a majestic range of mountains just begging for exploration. Closest to home, don’t forget the Absaroka/Beartooth mountains that offer the beauty of the untouched outdoors, only a hop, skip and jump from your front door.

In addition to these major parks, Yellowstone County is the home of over 40 developed parks, most of which lie within the city limits.

Hitting the slopes is not hard to do, downhill skiing and snowboarding can be found not far away at Red Lodge Mountain, and with a little more road time Bridger Bowl and Big Sky offer that day of exhilaration that you crave. All of the resorts offer lessons, rentals and package rates. So load up the family and make your way to the mountain.